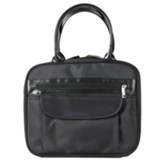 
Is there a real risk? And would losing tax-exemption necessarily be bad? Filipino pigs in France have learned to use tools. The court says the University of Iowa has discriminated against religious students. And a progressive seminary is conducting services for people to confess their sins to plants.

Did God create the different races and intend them to be separate, or is race a social and cultural invention? Also this week: A study that found religious kids are nastier and less generous than secular kids is retracted due to a math error. The podcast hosts discuss the pros and cons of impeachment and over-spiritualizing political differences. Today, Christian credibility depends more on our love than our arguments. 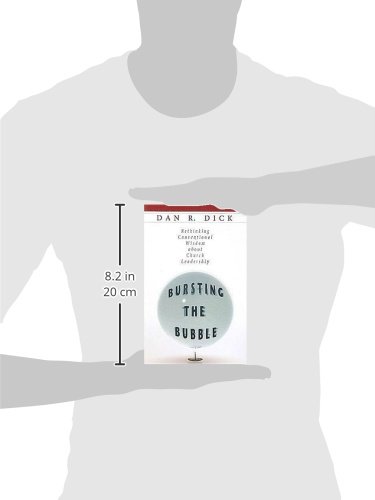 Phil and Skye debate the significance of a Missouri council member taking her oath on a Dr. Suess book. According to Juan Hernandez, professor of biblical studies at Bethel University, this is a huge mistake. He talks with Skye about common errors we make when reading the gospels and why we must understand them literarily and not just literally. Also in this episode: Russian priests bomb a city with holy water to stop the drinking and fornication. Skye supports a mass wedding at a Dallas megachurch for cohabitating couples. One writer believes marks the biggest crisis for evangelicals since the Scopes Monkey Trial in And Phil bends the knee to the invisible hand of the almighty Bezos.

His life was marked by every hedonistic indulgence imaginable. Also this week, the head of a Catholic school bans Harry Potter books because he fears the spells they contain are real. New data says Millennials are abandoning God, country, and family. Is there a single explanation for all three? The podcast gang debates the leading theories.

And Phil is hopeful about a new NPR podcast that interviews religious believers. What does this all mean for the church? Christian asks where we should get our news from.

And research says the church, like politics, is losing moderates. Some may see that as bad news, but not David Kinnaman. He dug deeper to see what was different about these 4 million Millennials and Gen Zers, and he came away deeply encouraged. Buckle your seatbelts. Now everyone from Ben Shapiro to The Advocate is responding. Fea offers both history and perspective on the shadowy group behind the National Prayer Breakfast and explains what the Netflix show gets right and wrong about Christians in politics.

Plus, Phil wants to know why web algorithms are telling him to buy a cereal called Poop Like a Campion. American Christianity is fixated on celebrity pastors, spectacular worship, and doing big things for God.

Should the Billy Graham Rule apply to police officers? And a German study involving dropping oranges at train stations reveals surprising things about immigrants and discrimination.


Many Christians are lamenting or panicking as the culture becomes increasingly post-Christian, but not Mark Sayers. The Australian church leader and author believes the rise of secularism is good news for the church and its mission. He talks with Skye about his new book and explains how the church has historically found new life amid global crises.

Also this week, a new study finds religious children are meaner than secular kids. Archeologists uncover an ancient biblical city. Phil explains why HBO is evil. And the gang talks about donkey dung, tiny Hindu children, and why time travel is great for white people. With the implosion of evangelical purity culture, and news that its poster child is getting divorced, many are reevaluating the legacy of the movement that dominated youth ministries in the 80s and 90s.

Leadership and The Art of Surfing. | Management Innovation eXchange

Katelyn Beaty is back to talk about her recent article about the problems with the sexual ethics of both evangelical and secular cultures. Also this week, a Catholic school in Indiana is getting heat for firing a teacher in a gay marriage, and the Evangelical Covenant Church banished a year-old congregation for its LGBT policy. These stories provoke the question: Is it still ok for Christian organizations to enforce Christian beliefs? And what does the future look like when nearly half of millennial evangelicals support same-sex marriage?

What Stands in the Way of Christian Leadership

Christian is back! Tim Dalrymple, the new president of Christianity Today, says white Christians need to confront Donald Trump when he takes aim at people of color. Has CT rediscovered its prophetic voice? A former missionary asks why white evangelicals are so eager to help the poor and suffering overseas but are the least likely group to welcome or help them at home?

And Phil worries that tweeting Christian values will spark a backlash—among Christians! Should the United States compensate the descendants of African slaves? If so, what should that compensation look like? And what does Christian faith have to say about repentance and reparation for wrongs committed by prior generations? Theon Hill is back on the show to talk about recent congressional hearings on the matter, and his conversation with Skye might surprise you. Also this week, a church in Indiana is paying off medical debts. For the first time ever, Canada has surpassed the U.

That launches Phil and Skye into a history of U. Why are fewer people getting married? Phil explains why dads are responsible for our large brains, and gives ammo to social conservatives in the process.

Sort of. That leads to a conversation about the right and wrong way to read the Bible, the concept of narrative fallacy, and slaughtering turkeys.

Episode Christians vs. Prepare to be offended. Jerry Falwell Jr. Everyone else is offended by Falwell. A Christian lawmaker offended non-Christians with her prayer in the Pennsylvania state legislature, and Christians are offended when a Satanist offers the opening prayer at a government meeting in Alaska. Skye discusses these cases with law and religion professor, John Inazu, as well as other recent rulings by the Supreme Court.

Also this week, Phil shares the unlikely movement of non-religious millennials moving into convents with nuns. Mike Erre is back for the second part of his conversation with Skye on the future of the church in America. Plus, why does it feel like everything in the culture—including faith and politics—is being pushed to the extremes? What happened to the middle ground and can it be recovered?

Also this week, the Ark Encounter amusement park is suing its insurance provider for not covering flood damage. Friend of the show, Mike Erre aka, the bald Buckeye with a brain , celebrated the th episode of his show—the Vox Podcast—by inviting Skye to join him for a conversation about the future of the church in America.

Will we lose tax-exempt status? Will progressive social and sexual views win? And how did the Cold War give us modern evangelicalism? Also this week, is Bill Gates flushing away his fortune by trying to reinvent the toilet?